In order to support the creation process of Suvi Wahyudianto’s work for his solo exhibition project at Cemeti – Institute for the Arts and Society in the next December 2019, the Cemeti Team held a series of meetings called “Reading Circles”. This “Reading Circles” from the artist side were considered as a support system that enriches the artist’s insight, in order to build a more focused perspective. Meanwhile, from the Cemeti side, the “Reading Circle” has become a participatory method to explore the artist’s thought and practice, as well as a participatory method for understanding the context and framing a number of related issues, which have been the artists’ attention in their work.

This “Reading Circle” begins with a number of conversations between Suvi Wahyudianto, the Cemeti team, and Muhammad AB (researcher invited to join the project). In the first conversation, Suvi shared the works, notes during Rimpang x Kelana residency in Pontianak, Kalimantan, and his initial ideas for this exhibition. The conversation continued in Suvi’s studio, where he showed some of his previous works, work in progress, sketches, and schematic ideas. In the next meetings, Suvi showed several books and articles that were part of his reference in approaching what he reread through new perspectives in this solo exhibition. Suvi asked Cemeti Team to help him reread the books. It is not only to criticizing and elaborating various perspectives on the reading material, Suvi himself claimed not to be able to read some parts because the contents recalled memories and made him wrestle with his trauma.

Besides ofcourse involving Suvi Wahyudianto (artist) and the Cemeti team, the “Reading Circle” also involved three other supporters. Nindityo Adipurnomo (artist) as a reader and also a sharing partner to develop research-based art work methods. Muhammad AB (researcher, historian, actor) who provided navigation in criticizing historical narratives that were read, sharpened artist’s perspective in contextualizing the discourse that would be presented at the exhibition, and later elaborated important notes from this exhibition project into the text. Anne Shakka (researcher, writer) also joined as a reader who supported a critical reading of the discourse on ethnicity and elaborate the method of autoetnographic research which was indirectly carried out by Suvi Wahyudianto in the process of his solo exhibition.

The Reading Circle take place three times at Cemeti. Andreas Harsono’s book titled Race, Islam and Power: Ethnic and Religious Violence in Post-Suharto Indonesia was discussed at the first meeting held on Thursday, 14th November 2019. Readers included Linda Mayasari (Cemeti Director), Ika Nur Cahyani (Cemeti Operational Manager), and Nindityo Adipurnomo (Founder / Cemeti Board Member). This first “Reading Circle” began with a presentation from Suvi Wahyudianto on his work practices in general, then continued with the discussion of some chapters in the book by each reader. The discussion revolves around the phenomenon of conflict in Kalimantan, particularly in the location of Sambas, the issue of violence against Chinese in 1967, revitalization of the Dayak tribe, and the identity of Madurese women.

The second meeting was held on Saturday, 23rd November 2019. Zaman Edan: Indonesia di Ambang Kekacauan (Original title: In the Time of Madness – Indonesia on the Edge of Chaos) by Richard Llyod Parry was read and presented by Muhammad Dzulqornain and Linda Mayasari. In addition to discussing the content of the book, which is related to the history of violence between 1997-1999, the discussion also lead to Suvi’s experiences that were more personal, if further mapped, related indirectly to the events of social conflict that took place between three societies in the migration areas in Kalimantan. The discussion at the second meeting became a turning point to review the focus of violence issue through an alternative perspective, through a self-reflection approach from the artist’s own perspective.

The third meeting was held on Saturday, 30th November 2019, with readers Linda Mayasari, Ika Nur Cahyani, Nindityo Adipurnomo, and Anne Shakka, discussing Hendro Suroyo Sudagung’s book titled Mengurai Pertikaian Etnis: Migrasi Swakarsa Etnis Madura ke Kalimantan Barat. The discussion began with a discussion by Linda Mayasari about the background of the research of this book, then continued by Ika Nur Cahyani about a demographic summary of Madura and West Kalimantan population. Then, the presentation by Nindityo Adipurnomo about the chapter describing the life of the Madurese in West Kalimantan (from the statistics), as well as the factors that gave rise to the phenomenon of self-migration to the island. The final material was delivered by Anne Shakka, which is about chapters that explain the social relations of Madurese migrants with other community in West Kalimantan. In the last session, the discussion participants criticized perspective of the book’s author who was still trapped in bias so it was not objective in unraveling the issue of ethnic conflict in Indonesia.

Armed with knowledge of the results of the elaboration at the three Reading Circle meetings, in early December 2019, Suvi Wahyudianto returned to focus on the production of paintings and installation of objects for his solo exhibition. Instead of framing major issues that have been widely discussed from an academic perspective, Suvi instead takes another perspective in tracing the issue of violence experience. Utilizing a number of findings obtained when conducting residence Rhizomatic Archipelago x Kelana to Kalimantan in June-July 2019, artistic exploration conducted by Suvi then focused on case studies on his personal memories, and like a study using the autoetnographic approach, Suvi studied his body and psychological experience which has so far received exposure to violent discourse, both within the family and in the wider social environment. This method is another way to uncover poetic possibilities of these issues as part of the effort in producing alternative discourse through the art. 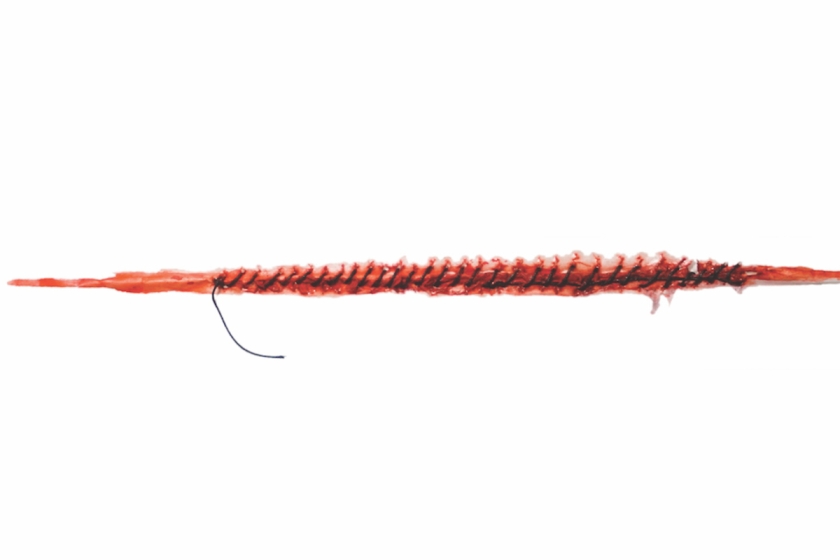 Suvi's visual works in this series are the result of visualization of various objects which he considers represent real...

THE MEMORIES HURRYING HOME begins with a framework of awareness of the body as a subject (as well as...

Through his solo exhibition Suvi has the opportunity to "return" to memories from his past. The memories that have... 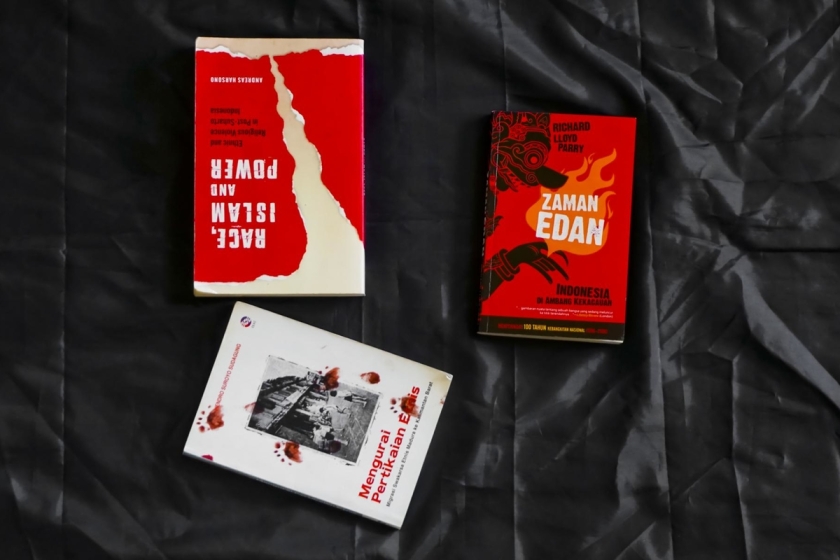 order to support the creation process of Suvi Wahyudianto's work for his solo exhibition project at Cemeti - Institute...